Every Thursday with Detroit 300 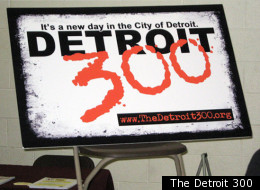 
This is a serious blog-ver-sa-tion and we do not encourage, motivate, or suggest readers to use the following methods. Nor do we condone any use of violence or citizens taking the law into their own hands. Clearly the organization mentioned are experienced professionals and have consulted with civic entities for services provided.

The question is, "has an American city become this violent to where local, state, and federal have no immediate solution?" Detroit300 are community organizers on a whole other level of organization for justice.

Detroit300 is asking men to become community leaders and help revive safety in their streets. Disseminating a clear message and demarcation between right and wrong, desiring justice to prevail over a crime wave of wrongful deaths. Below is their February Press Conference streamed in its entirety.


Every neighborhood has it own culture and way of life, your community may not be as extreme as another community, but security and comfort for our families are valuable desires. Every Thursday we feature someone or something as a disruptive leader or an idea, and Detroit300 is a leading disruptive idea; next week it may you. #createavoice

Please share our blog-ver-sa-tions with your friends and stimulate your conversation with relevant talk. Follow us @whoopwoop on Twitter, Thank You!
Posted by Unknown at 12:00 AM