Pause for this Brief Conscious Break

We break your regular blog-ver-sa-tion programming for... Rodney King is remembered.


Los Angeles an epic center of social change, a place where its unique culture have challenged repressive thought and behavior. Rodney King's life captured the attention and proof of police brutality, a burden expressed by African Americans and those in urban communities, since the Watts Riots.

Though we abused our own community during the riot, a new generation of awareness was born. 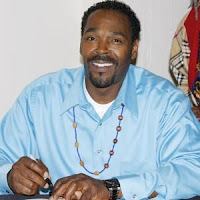 No sense in mentioning any faults at this time, he stood in the best possible manner, after being traumatized. Thank you Rodney for your dignity being raised not just for you, but the Civil Rights community and those who fight for justice...Rest In Peace, Sir.