Promote Your Belief for Peace...USE YOUR POWER

Social Campaigns, are enhancers for offline issues and causes. Notifying an online network to assist, promote and publicize; thus creating more awareness around issues and causes. The following is a social campaign for dialogue, interfaith and social justice/ peace.

Promote Your Belief for Peace… Use Your Power for Peace

“What are they asking (one another) about? About the great news…” (Great News, Al Naba 78:1-2). The world is asking, where are the Muslim-Americans voices and what are they thinking?

Recently we have seen a video go viral and set-off a chain reaction of protest, destruction and death. Initiated by someone, here in the United States, who have taken their collective freedom for granted and have misused power, to disrespect. We have online companies exercising their power, refusing to remove disrespectful content that is causing global discomfort.

USE YOUR POWER and let’s speak, using our power to let a world know, Americans desire peace and we will not allow undisciplined factors provoke us (73:10-11).

“Promote Your Belief for Peace”, are simple statements of encouragement, the initial steps for global peace building dialog. Utilize your online leisure power and wisdom for spreading positive propaganda, to challenge the negative propaganda - using our Intellect, Love and Mercy. Begin a new conversation with others and let’s really learn the ethics of “People Helping People.”

Use Your Power and Promote Your Belief with the following hash tags, to begin and/or end your status updates, tweets, texts, pics or video; however you decide… 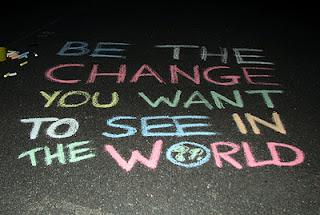 A simple attempt to globalize the world with meaningful conversations, and decipher the world as is, and speak into existence the world as it should be. “There is no might and power, except with our Creator.”

Thank you and Let's be Heard! #createavoice follow me @whoopwoop
Posted by Unknown at 7:41 PM