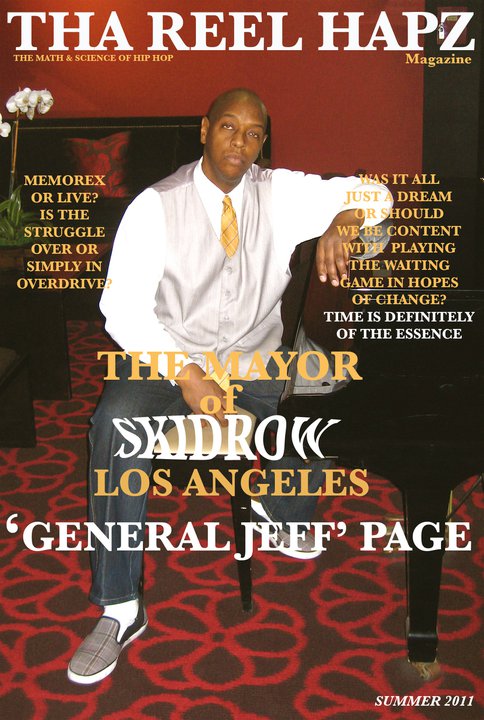 GENERAL JEFF'S THOUGHTS ON: City of LA moves to make it ILLEGAL to feed on the streets of Los Angeles (Think: Feed homeless people)


A motion led by LA City Councilman Tom LaBonge and seconded by Mitch O'Farrell is making it's way through City Hall. The motion has a few objectives, but it's main focus centers on the feeding of homeless people in public streets.

As a Board of Directors member for the Downtown Los Angeles Neighborhood Council (DLANC)where I represent the Skid Row residents, my thoughts are as follows;

1) While it is understandable how street feeding may "disrupt the flow" in Hollywood, feeding the homeless here in Skid Row IS the flow that would be disrupted by the passing of this motion. The homeless have been fed in Skid Row as long ago as 1891- (the birth of Union Rescue Mission).

2) Furthermore, would feeding on the street be deemed separate from giving away clothes on the street, or any other "giving activities" on the street? Thus far, there has been NO specific language being offered.

3) If it were to become illegal to feed non-comercially on the street, each and every one of the Skid Row missions that block off the streets and feed thousands of homeless folks for numerous holidays throughout the year would NO LONGER be allowed to do so. While they qualify for permits now, once it becomes illegal, they would NOT qualify for a permit simply because you cannot garner a permit for something that is illegal!

4) For the language in the motion to speak confidently, yet vaguely, by saying "neighboring municipalities" (think: the missions and the Skid Row landlords) have had "measurable success" providing services, where is the data that would suggest any of them could handle the SUDDEN INFLUX of thousands of folks coming in off the streets and in desperate need of services?....These non-profits currently CANNOT house any additional mass of people (there is a waiting list on every single SRO in Skid Row and most nights the missions don't have ANY available beds)...ALSO, if the doctor's that provide medical services can only see a dozen or so folks per day currently, How will medical services suddenly be able to handle the additional capacity as suggested in this motion?

5. One would think that in Skid Row, the additional feeding PLUS the distribution of SERVICES such as hygiene kits, blankets, tents, jackets in addition to food help to ease the load and expectations put on the missions......With this motion, the load placed on the missions would increase to a back-breaking weight and while the missions would accept any additional funding, the amount of homeless folks on the Skid Row streets would increase drastically with the majority of folks unable to get ANY services from the missions and other non-profit agencies.

6. There is no ADDITIONAL low-income housing development attached to this motion that may help to ease the unforeseen burden that obviously will be placed on an area that ALREADY is SEVERELY short of supply.

7. This motion disrespects EACH AND EVERY individual and organization that comes to Skid Row to help the homeless, many of them being faith-based....How can faith-based non-profits and individuals not based in Skid Row, but come to help, going to be DENIED the opportunity to serve their GOD by helping the poor as it CLEARLY states  for them to do in the BIBLE......TO BE CLEAR: Giving to the mission and giving directly to the homeless are TWO different things.....Individuals and faith-based non-profits all have inferred to me that they PREFER giving directly to the people as opposed to leaving things with a mission.....Many of these non-profits might lose their non-profit status because they COULD NOT provide the SERVICES they claim to do on their mission statements....They CANNOT claim to assist OTHER non-profits and still get the same amount of funding.....This motion would hurt these organizations also.

8) Apparently LAHSA is the entity which the City of LA is looking to in regards to providing "the homeless perspective"....To be clear, the Los Angeles Homeless Services Authority (LAHSA) is a government agency that moves more like a non-profit organization....Therefore, LAHSA DOES NOT speak for the homeless folks (especially those in Skid Row) and cannot PROPERLY represent a homeless person's best interest....And because of this, I offer my expertise as a Skid Row community activist, Downtown Los Angeles Neighborhood Councilman who has served the Skid Row residents on a daily basis for three-terms since 2008 and also as a Skid Row resident since 2006....Surely, I can be found if need be by any of the entities involved in this matter.

9) NO data currently exists that substantiates how any of the Skid Row non-profits, missions and social service providers could COMFORTABLY expand their operations to accommodate the potential sudden influx of homeless folks coming through their doors.....Sure, they could "add some zero's" on paper in order to gain additional funding, BUT what about something simple, yet utterly important like space issues (think: waiting room space).....How much additional space would be needed to handle all of the folks who suffer from mental illness ONLY?....Where would the much-needed extra space "build-outs" happen?.....Are the missions gonna buy more buildings that they already can't afford?...How long would any build-outs take before completion?....Where is ANY data besides LAHSA

In summation, there are more questions than answers, too many in fact. While this motion may satisfy folks in Hollywood it would COMPLETELY destroy Skid Row's infrastructure......meaning that while the non-profits would "earn" additional funding, the reaction by the residents would be overwhelming, thus creating a "permanent breakage" in the Skid Row containment zone because homeless folks would INSTANTLY be forced to travel outside of Skid Row for help.....meaning INSTANT increases in AGGRESSIVE PANHANDLING and AGGRESSIVE PLEAS FOR HELP from the mentally ill (many of whom WILL NOT even understand what's going on and will instinctively travel far outside Skid Row.

City of Los Angeles, please be careful of what you ask for....Sure, more people for LAPD to arrest which also means more jails and prisons to overcrowd....BUT, how much property loss will happen? How many DTLA folks will be attacked and/or exposed to this "unplanned and unexpected re-action" that is NOT a well thoughtout plan to begin with?

Anybody wish to share and/or add their thoughts in this public forum?