Every Thursday with People Helping People 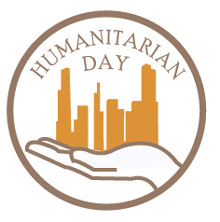 
Los Angeles, California the home for Hollywood's glamour, awesome weather in the Winter, and the highest population of homelessness in the nation. In the shadows of Downtown LA, lies the community of Skid Row. A community once known for its hard workers and now it is a neighborhood for charity, good deeds and special care.

Some important Homeless Facts...
For 12 years, California Muslim Communities have organized themselves together as the Coalition to Preserve Human Dignity (CPHD). Volunteers, Organizations and Institutions sharing collective resources for Humanitarian Day (H-Day) projects. Humanitarian Day is a direct social service that provides; hot meals, clothing, medical examinations and essential care that is normally unavailable for people in transition and/or homeless.

H-Days are held during the month of Ramadan, when Muslims fast for 30 days during sunlight hours. H-Day founded by the ILM Foundation, who organizes by identifying leadership, creating relief and build community organizations to sustain urban life... in Los Angeles, Oakland, Long Beach, South Central, the Inland Empire, Pasadena, Bakersfield and Dallas - making an effort to please the Creator.


Join the movement of "People Helping People" and next Thursday it might be you featured for community care. We are an authorized affiliate fundraiser for Humanitarian Day. Please Donate Today and click this button Every Thursday!

"Like" Humanitarian Day and learn more visit www.humday.blogspot.com
"Convert One Day into a Life's Mission"