Freedom of expression, Freedom of Speech and Free at Last; with the success of Hip Hop, has the music industry let go of moral values? 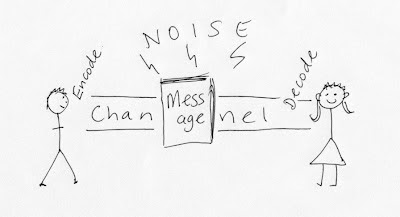 Hip Hop fans today are hearing a list of references, metaphors and stereotypes; that's a direct connect to street culture, found deep within inner city life. Recently the music industry seems to have made a mistake. They have allowed a rapper, to express and deliver a message with moral value.

#BitchBad, the latest release by Lupe Fiasco. This composition is testing Hip Hop's morality and current paradigm of adult content. His observation analyzes today's context of lyrics and images (Not the whole Hip Hop community in general).

Lupe describes the relationship between a person's favorite jam and how the listener cognitively perceives a message from its sender. Especially pre-teen listeners within early developmental stages of deciphering - concept and context.

For years, we have been justifying the intent of street content. Saying a rapper is only an urban reporter, and his/her music reflects society's social ills and cause. Here are some reported platinum examples...
Let's cross connect to a recent loss in Hip Hop, the death of Chris Lighty (Rest In Peace, Souljah!). Russell Simmons recently wrote a, "A Prayer of Comfort for Chris Lighty & An Appeal to the Music Industry."


In his Global Grind blog-ver-sa-tion. He highlights Chris Lighty's character, his love for Hip Hop's culture, community and the relevant advice that groomed many. Russell says...


"Truth is, we don't live in a post-racial society. Black kids from black neighborhoods usually polluted with poverty and violence need mentors like Chris Lighty to navigate through the rough waters. Without a Chris in their lives, they can and often do self-destruct. So now that Chris isn't here to be one of the leading guides of this generation, I ask the record companies to step up in his honor. Make an effort; don't exploit your artists’ talent. Nurture it. Chris was a shining example of playing the game, while always keeping it real. Make it your business to nurture more Chris Lightys so that they can save more lives. In the end they will make music live longer and yes, you will make more money." Russell Simmons, Global Grind

Another recent re-iteration is, Snoop Dog to Snoop Lion. It is becoming obvious, social change is inevitable. Rappers, Executives and the People are all asking for Forward Change!

#TheLupeEffect, is a term we're using to coin a much needed paradigm shift in Hip Hop Music. #BitchBad, the observation of psychological behavior and music, but also it's asking where's our...
There are new voices sharing these qualities and more. Utilizing their expressive set of skills, interests and values for party rocking, awareness and King of the Hill status. I Think BDP said it then...."Do not walk this path they laid" D-Nice, Stop the Violence Movement